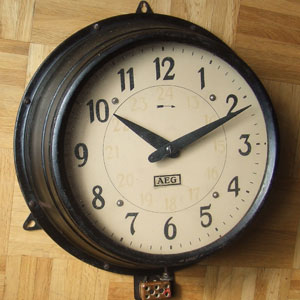 Office Working Ethics - Working Late to Get Ahead

I have now been self-employed and working as a Web Site Designer creating websites in Nottingham for over six years. There are advantages and there are disadvantages, but I have no regrets in taking my decision to strike out alone. One of the things I remember from my days as an employee, and which I found to be the most unfair, is the office work ethics.

I worked for a modern company, which prided itself on responding to their employees needs. This was shown by having a core set of working hours where all employees had to be present in the office, and then individuals could decide which hours to work to make up their full working day. The core set of hours were 10:00 to 16:00.

In theory this provided an equitable and flexible working system for all.

However, in practice the truth was completely different.

The only people who left at 16:00 tended to be mothers who left for the school run to pick up their children. When they started to pack up and leave, you could feel the glances and almost read the thoughts of “part-time worker”. Experienced high-up executives were seen as lowly part-time employees due to their abandoning the office mid-way through the afternoon!

People who left at 17:00 or 17:30 were seen as slacking off and as not pulling their weight. The fact that they may have been in the office from 7:00 and so had just finished a 9 hour day was rarely imagined.

People who left at 18:30 or later were seen as dedicated and hard-workers. These were the people who the managers could rely on to get the job done and as such were those who received promotions. However the majority were arriving at the later end of the core working hours and so actually spent fewer hours in the office than their counter-parts who were being branded as less hard-working. Others had been less efficient during the day and so only started working when the office became quieter towards the end of the day, and were therefore forced to stay to finish their allotted tasks.

Unfortunately however, it was this perception that was king when I was working as an employee. I knew this and hence was one of those who left the office around 18:00 – the middle ground. On the rare occasions when I would leave earlier, I would not only work through my lunch hour in an effort to show how hard-working I was, I would also look for any excuse to send an email that night to ensure the time-stamp proved I was still working and pulling my weight.

Ridiculous behaviour, but this was how it was in my office…and this was one of the things I disliked the most from being an employee. It is obvious that the above approach to evaluating people is as nonsensical as evaluating a book based on the number of pages and not content, or as absurd as evaluating a song by the length of the recording and not the sound, however it went on year after year. It is a sad organisation where presence in the office is used as an indicator of an individual’s efficiency rather than the value offered by the individual’s work.

I cannot completely blame the organisation though. Even now as a delighted self-employed person building Websites for Small Businesses and designing Internet Sites in Nottingham, I fall into the same trap that I found so dissatisfying at my last job. Instead of stopping at 17:30 with the knowledge that I have performed 9 hours of first class work, I instinctively feel I am slacking off early and should continue until at least 18:00.

(Note to self – continue to work efficiently on website design between 8:30 and 17:30 and then live! Evaluate the song based on the quality of sound and not the number of minutes playing time!)